GT investigates: Who are the mouthpieces of US-led war of public opinion on “Chinese dams’ threats” along Mekong River, and what are their typical methods? 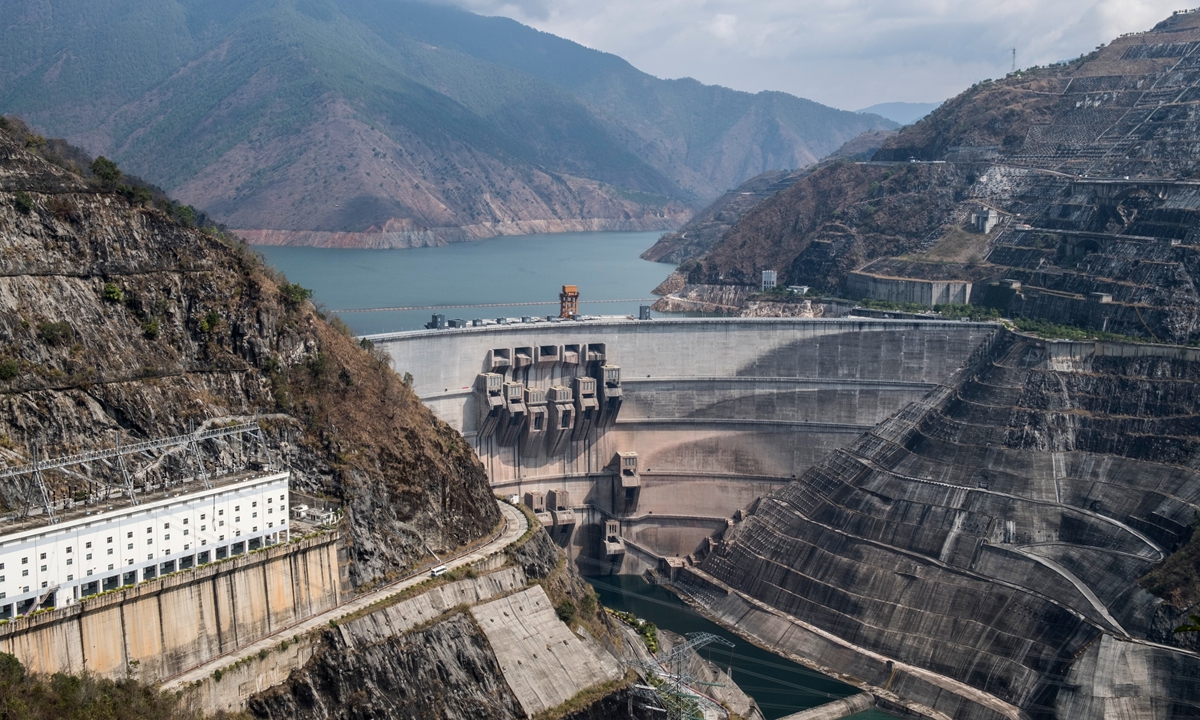 A view of the China-built Xiaowan dam constructed on the upstream Mekong River Photo: VCG

US' politicization of ecological water issues in the Mekong River for the purpose of tarnishing China's reputation via launching rhetoric battles has become more trendy. The Stimson Center, a US-backed think tank, again bashed China in February for allegedly "holding a massive amount of water" and "might need to be paid to release water for downstream communities afflicted by droughts," marking the US' latest efforts to sow discord in the area.

Misrepresentation and biased reports aimed at the dams China has built along the Mekong River have intensified. What's behind it is a long-planned and extensive war of public opinion orchestrated by US officials, think tanks, the media, and activists in support of such actions, the Global Times found out.

With a large investment funneled into the grooming of the mouthpieces of this discourse campaign, the US is trying to turn the Mekong River basin into a new battleground against China similar to the South China Sea.

Typical hands in a combination blow

Stimson Center, founded in Washington DC in 1989 and with many members being former and current US government officials, is a key initiator pushing the allegations that Chinese dams are hurting downstream ecology.

In 2019, Brian Eyler, director of the Stimson Center's Southeast Asia Program, published a book entitled Last Days of the Mighty Mekong, in which he attributed various downstream problems - from poor grape harvests, a decrease in tourism, as well as drought in the basin to contaminated drinking water and increased waste in the river - mainly to "harm" caused by Chinese dams upstream.

Publication of the 384-page book marks the beginning of the Stimson Center's intensive assault on China over the Mekong water resources. And the book  quickly became the primary "scientific" source for some Western media outlets' biased reports discrediting Chinese dams.

Stimson Center's meddling culminated in the period between November 2019 and April 2020, when the Mekong River was hit by an unexpected drought. With funding from the US-led Lower Mekong Initiative, the Stimson Center, in conjunction with its partner Eyes on Earth, released a report alleging that Chinese dam construction on the upper Mekong hanged the water levels and natural water flow, and the report blamed China for holding back the water, an action that is alleged to have caused the 2019 drought on the lower Mekong.

The Stimson Center further blatantly made some sensational claims against Chinese dams in its article "How China turned off the tap on the Mekong River" in April 2020, smearing that "Chinese policymakers consider water a sovereign resource rather than a shared resource."

Chinese experts, intergovernmental agency Mekong River Commission (MRC), and the Australia-Mekong Partnership for Environmental Resources and Energy Systems (AMPERES) soon pointed out that the report had factual discrepancies with unscientific data selection and too few factors in the model, leading to inaccurate conclusions.

But it did not prevent the premeditated American politicians, such as former US secretary of state Mike Pompeo, and the media from quickly seizing upon and spreading these bits of inconclusive data.

The Global Times found out that an "attack chain" linked to the Stimson Center and Eyes on Earth has been formed to peddle the "Chinese dam threat" over the Mekong River fallacy.

The chain is mainly composed of institutions such as the Human Rights Watch, the International Union for Conservation of Nature, the United States Agency for International Development, and The Asia Foundation, media outlets such as the New York Times and the BBC, as well as some alleged "independent investigative scholars" who live in other countries and regions and distorted the facts by publishing biased opinions.

Some media outlets have developed more innovative ways, such as drawing biting caricatures, in an attempt to smear China's image.

These attacks normally begin amid droughts, which observers said is ideal timing and a perfect hook to exploit their previously constructed false claims against China to the maximum extent.

Another common trick employed in the chain is to escalate ecological water resource issues into social or humanitarian crises, such as alleged dam-triggered droughts which negatively impact food security and even cause unemployment within fishing communities, to further inciting anti-China sentiments among the locals. They can further escalate social problems into political ones, forcing authorities of the the countries that have had cooperation with China on dam projects to make policy adjustments unfavorable to China for the sake of political stability.

Accusing China of damaging the ecology of Cambodia's Tonle Sap Lake downstream to the detriment of fishermen, and hyping up the Cambodian people's protest against the Chinese-built Lower Sesan 2 Dam in Cambodia are typical examples. 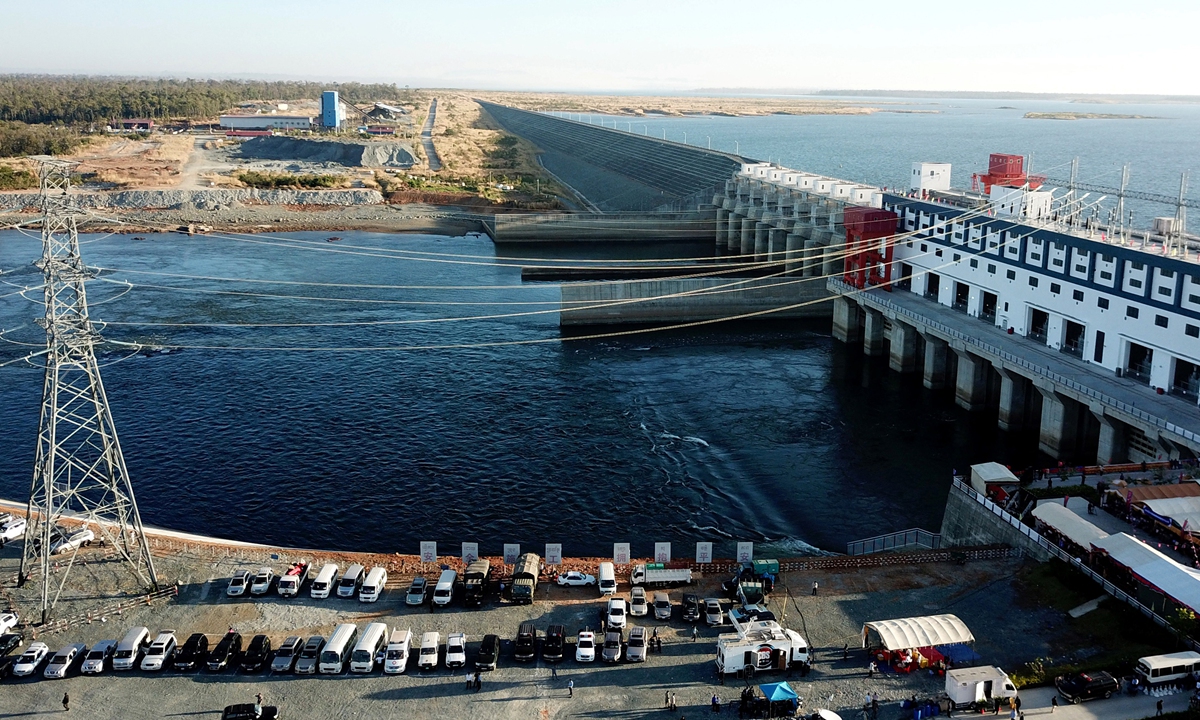 Observers found that the West has tried to smear the Lancang-Mekong water resource cooperation by grooming scholars in Mekong River countries as their mouthpieces. For instance, Chainarong Setthachua, a lecturer and ecology expert at Mahasarakham University in Thailand, wrote in an article that the reduction in fish resources caused by the water level changes in Mekong River in Chiang Rai Province was due to China's dams and Laos' Xayaburi dam. He suggested that local societies should criticize China and China's investment related to the Mekong River.

After the Stimson Center had released unsubstantiated reports about the Mekong River, some people in several countries of interest including Thailand, the Philippines and Malaysia formed the online organization "Milk Tea Alliance," which claimed that the dams that China has built on the upper Mekong River caused droughts in five downstream countries - Thailand, Laos, Myanmar, Cambodia and Vietnam. It called for more people to speak out on water rights along the river and stop China's "bullying," according to media reports.

Subsequently, overseas media outlets controlled by anti-China forces kept hyping the Mekong River issues. Some anti-China disrupters, including Hong Kong activist Joshua Wong Chi-fung, and secessionist Zhou Shuguang on the island of Taiwan, were also found to have participated in supporting the alliance.

The Global Times learned from sources that in September 2020, the US embassy and consulates in Thailand was working in concert with local organizations which tend to amplify unfavorable voices against China, in carrying out the "Thai Baan research" project.

The project aimed to encourage villagers to collect ecological resource data in the Mekong River basin of Thailand, as the US government and related anti-China forces believed such data can support their smear propaganda campaign against China.

Observers pointed out that the fundamental purpose of these entities' hyping-up of the Mekong Water issue has never been to focus on the development and well-being of the relevant countries and people, but to safeguard the interests of the US in the region.

Since the 1990s, with the establishment of the Greater Mekong Subregion Economic Cooperation Program between China and other Mekong countries, and the construction of China's water reserves upstream, the US began to attach higher importance to the issue of Mekong water resources.

In 2020, the Trump administration further established the "Mekong-US Partnership" with five Mekong countries and started a low-cost rhetoric campaign against China.

Experts told the Global Times that it would be unscientific to simply attribute changes in river flow to the construction of dams upstream, because changes in river flow resulted from many factors, and climate is the most basic and important one. What's more, it is notable that the flow in China's basin only accounts for 13.5 percent of the total runoff of the Mekong River, with very limited impact on the lower reaches of the Mekong River.

Political criticism from outside the region is an insult to scientific research and a deliberate incitement to sow distrust among riparian countries, observers noted.

At present, the US has elevated the discourse on water diplomacy in the Mekong region from a purely ecological problem to a key tool in the influence of its Indo-Pacific Strategy, and has played up the war of public opinion into a complex campaign through working with the media, activists, and think tanks, Zhang Li, an assistant professor on water diplomacy and Lancang-Mekong water resources cooperation at Fudan University, told the Global Times.

With an initial investment of $150 million, the US claimed to have launched a Mekong-US partnership as an integral part of its "Indo-Pacific vision," which observers believe shows its accelerated pace in the politicization of water issue in the region to contain China's growing influence in Southeast Asia.

But the US turning the Mekong River into a "new battlefield for a China-US confrontation" does not serve the common interests of the six countries along the Mekong River, nor does it fundamentally help solve the water problem, Zhang alerted.